Welcome to the 6! Toronto, the capital of the province of Ontario, is a major Canadian city along Lake Ontario's northwestern shore. It's a dynamic metropolis with a core of soaring skyscrapers, all dwarfed by the iconic, free-standing CN Tower. Toronto's motto is "Diversity Our Strength." Known as one of the world's most multi-cultural cities, Toronto prides itself on its wide range of cultures, languages, food and arts. Almost half of its population are immigrants. The diverse population of Toronto reflects its current and historical role as an important destination for immigrants to Canada. More than 50 percent of residents belong to a visible minority population group, and over 200 distinct ethnic origins are represented among its inhabitants. While the majority of Torontonians speak English as their primary language, over 160 languages are spoken in the city. God has issued a call! A call to depart from the ordinary and experience extraordinary life in Jesus. A call to missions. A call to reaching this region with the light of Jesus Christ. God has issued a call! A call that has spread across the 4th largest, and fastest growing city in North America, and permeated the heart of the most diverse city in the world. Toronto is that city! We invite you to hear the call as well and join us in a great gathering of hungry hearts into His healing hands! ""…Behold, I have set before thee an open door…" "Rev 3:8 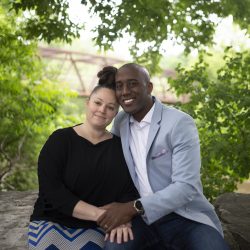 Before AYC I didn’t have super close, like-minded friends. Now after the trip is over, I can’t wait for the next opportunity to see all of these beautiful people again! I began the trip nearly crippled with anxiety and ended the trip with a stronger faith and a heart on fire, ready to light up change in my home town.