The ‘Teardrop of India’ as this beautiful island of Sri Lanka is frequently referred as, first populated in 543 BC was ruled by 181 Kings. Farming was the main economy during the early ages. Then referred as Ceylon declared independence in 1948, subsequently changing its name to Sri Lank in 1972. 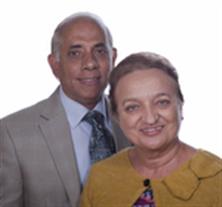 AYC changed my life for the better. It helped me realize that God has a plan in my life. No matter the valleys I face, and all the distractions the devil throws at me, nothing can change what God has for my life.