The capital city of Halifax is located on the beautiful East Coast of Canada. It is the largest city in the province of Nova Scotia, a rugged, sea-swept peninsula famous for its extreme tides. Halifax syncs with the rhythm of the sea, dispersing the refreshing aroma of the ocean air. Donned by the iconic, star-shaped Citadel, Halifax was known to be the most fortified city in Canada. Replete with several miles of waterfront boardwalk, the renowned Peggy's Cove Lighthouse, historic Victorian-era architecture, and bold mix of modern design - Halifax is an experience to be encountered! You will be drawn by the mission to reach this beautiful, multicultural city. The nations have come to this great city. French and Arabic serve as the dominant secondary languages, thus our vision: One Church for every nation and generation. 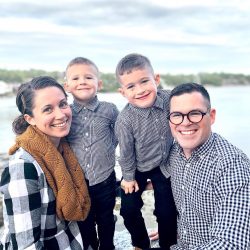